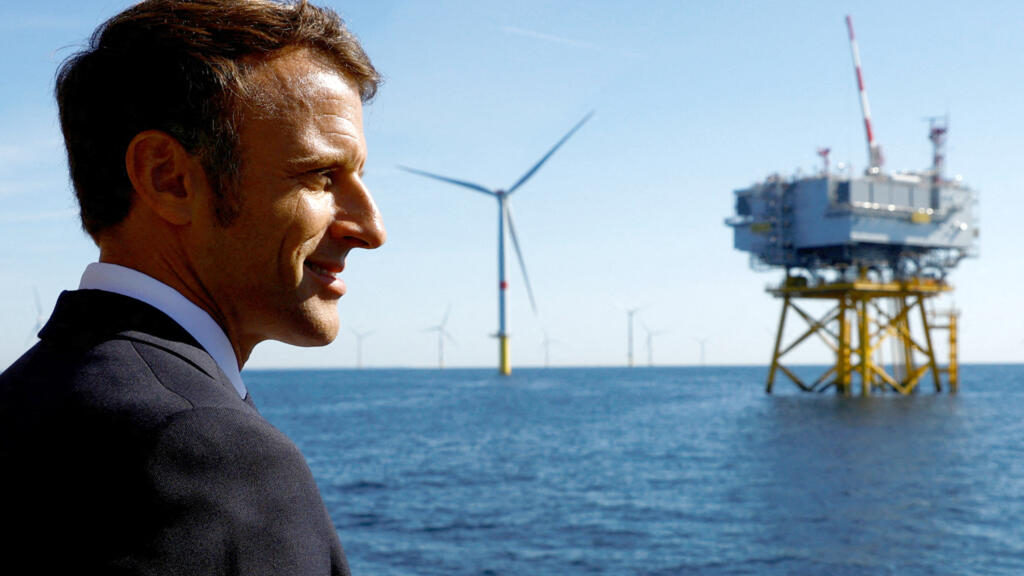 French President Emmanuel Macron traveled to the Atlantic off the western city of Saint-Nazaire on Thursday to inaugurate the first of a series of planned offshore wind farms. The project is intended to make France less dependent on non-renewable energy and, in the short term, respond to national needs after the blackout in Russia.

The president wants to have at least 50 offshore wind farms producing electricity by 2050. It took a decade to plan, approve and build the installation that the president inaugurated Thursday.

“In France it is still taking too long,” Macron said. “We have to do it much faster.”

Each offshore project must be submitted to local communities and other interest groups, as part of a complex court process that can last up to 12 years. Emmanuel Macron wants the whole procedure shortened to six years, which is the average in other European countries.

By 2050, French national electricity consumption will increase by 40 percent to today’s level.

The summer drought and recent heat wave have brought the issue of renewable energy into the focus of the public and politicians.

Electricity price increases as a result of Russian retaliation for EU sanctions have highlighted the need for an increased level of energy sovereignty.

The creaking and leaking nuclear sector

Many of France’s aging nuclear reactors have already passed their useful life and need to be replaced.

During a visit to Saint-Nazaire, where marine turbines are being built, the president also said that the nuclear sector will have to accelerate the commissioning of new production capacities.

In February, the president set a deadline of 2035 for the inauguration of six new generation nuclear reactors. On Thursday, he warned that the calendar would have to be accelerated.

Many environmentalists point to the dangers inherent in the use of nuclear energy and the environmental difficulties posed by the inevitable radioactive waste that must be safely stored for several thousand years.

The problem with onshore wind farms and solar panels is the people who live near them. There are proposals to install solar panels along the edges of the country’s highways to limit public nuisance.

The government should adopt detailed proposals at the cabinet meeting on Monday.

Previous articleMajorca weather for Friday, September 23
Next article‘Woman, Life, Freedom’: At least 16 dead in Iran in riots over moral policing