A storm is rising Premiere on National Geographic on September 23rd.


From Lucky 8 and Cambrian Creative, Storm Chaser and meteorologist dr. Reed Timmer is embarking on the deadliest storms in the world to gather data to better understand how they are evolving in a changing global climate.

The storm is rising Premieres on National Geographic 2September 3.

JOHANNESBURG, 16 September 2021: Has extreme weather around the world reached a new category of intensity? Storms are stronger than ever before and cause unprecedented destruction. Scientists want to understand why and find out how much worse can get. Partners were National Geographic, Lucky 8 and Cambrian Creative The storm is rising, a series with high adrenaline. Reed Timmer and storm expert Mike Theiss monitor extreme weather events, collect data and can barely escape danger. The storm is rising will premiere on National Geographic (DStv 181, Starsat 220) on Thursdays at 9pm on September 23, 2021.

Intercepting deadly storms to collect measures requires a special kind. For meteorologist and storm chaser Reed Timmer, hunting for dangerous weather is lifelong obsession. In The storm is rising, Timmer will take viewers into monstrous storms to capture vital data and discover the dark side of Mother Nature. Follow Timmer and his partner in the race to intercept weather events that create titles and arrange high-tech and improvised instruments in the center of the storm. In the heat of the chase, our cameras will catch a team that is working to the limit and experiencing these epic storms up close. Decisions on high stakes exist at every turn, but the data could help improve alert times and save lives.

“I’ve always loved and loved the weather and I’ve studied meteorology all my life,” said Timmer. “With National Geographic, I want to be able to gather the science behind these storms and hope to give insight into how cities can properly prepare for their devastating consequences.”

Timmer’s partner is storm expert Mike Theiss. With decades of experience in hurricane hunting, Theiss establishes a team in security and logistics and brings additional expertise in tropical cyclones. The team’s mission is to deploy an arsenal of technology to collect data on these monstrous storms – from Theiss’s Hurricane Hurricane Research Vehicle (HERV), built to penetrate the hurricane’s eye so it can measure wind speed and barometric pressure, to a ground probe that can be dropped directly on the tornado trajectory. Timmer and Theiss also have special equipment that can record footage and track the rise of major storm surges or remotely record data from hard-to-reach parts of the coast. 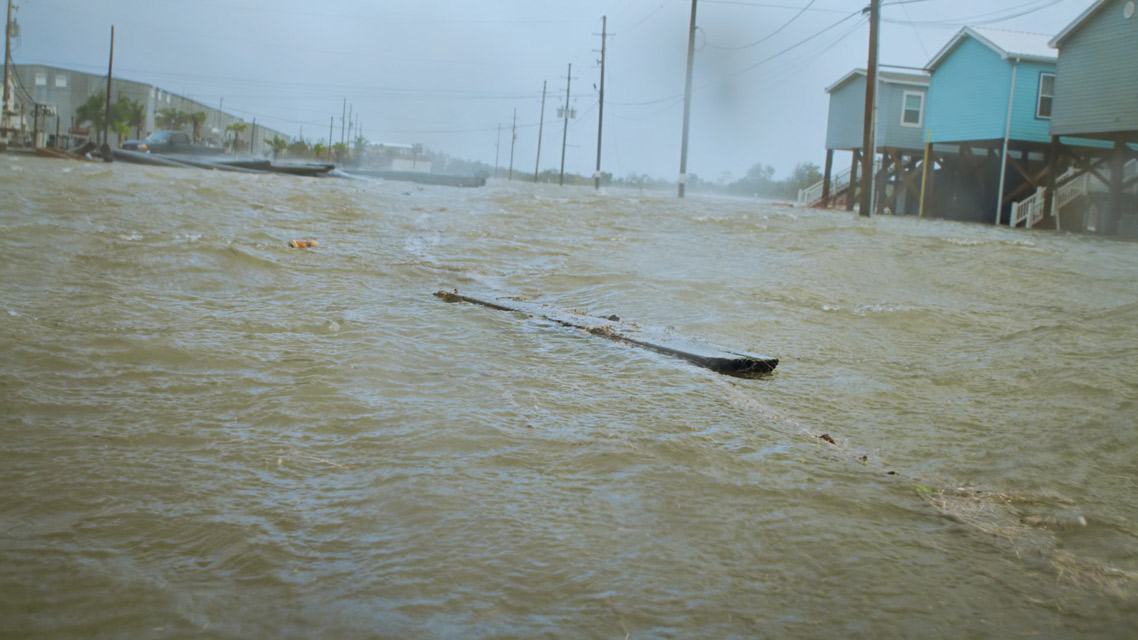 The early hurricane season collides with an unpredictable tornado season, which could be the last sign of a dangerous new climate regime as record-breaking tropical storm Cristobal moves into Tornado Alley. Reed and Mike race into chaos to apply scientific instruments in tornado outbreaks to contribute valuable data to our overall understanding of deadly storms.

Climate change has forced Tornado Alley further north into the northern plateaus. To cover the final days of the bizarre season of tornadoes and the tropical system in Florida, Reed and Mike share their efforts to chase them both away. Will a series of wrong steps cause the guys to miss two interceptors instead of one? Or will they get one last chance to redeem before the season is over?

The record-breaking hurricane season in the Atlantic poses a unique challenge for Reed and Mike racing to intercept and gather data within the two hurricanes that are predicted to land on the Gulf Coast. An unprecedented event, but as hurricanes have become more frequent in recent years, this could be a glimmer of a new normal.

Forest fires, a snowstorm and a hurricane intersect in a staggering period of extreme weather events across the U.S. Reed and Mike are preparing to collect data inside Hurricane Sally in an attempt to uncover evidence of how unstable climates can shape a new, deadly slow-moving storm breed.

After intercepting the first mainland of Hurricane Delta in Mexico, Reed and Mike deploy their equipment within the second mainland of the Delta in Louisiana. Hurricane Zeta reached the mainland only a few weeks later, bringing a life-threatening wave in the area. Both of these storms broke records, which could be more evidence to point to the potential of a dangerous new climate regime.

Previous articleColombia’s tax reform: what it means for business and investors
Next articleSuper light shepherd’s handicraft with handprint for Eid

In Paris, they suppressed protests over the death of Mahsa Amini in Iran

Tropical Storm Ian is marching toward the US Gulf Coast, a region that is quite susceptible to...
North America News

Former President Donald Trump was more of a threat than anyone realized because he was ignorant enough...